I knew a stripper once. Her name was Sassy. I remember her two ways. First, she had this corny act where she danced around with a fake man who was actually attached to her body. Her audience at the time was a hundred national guard reserve soldiers drinking in a large rock-n-roll bar where I was playing. They were loud and lewd. One of them tried to put a bottle up her privates as she stooped. She turned and looked furious as she cursed at the entire group. The other way I remember her was having breakfast with the band. I was in the band. She was gentle, calm, tired and old. She was like a mother. She was a mother and talked about her kid in Chicago (Was it Chicago?). She came to mind this morning as I read William Carlos Williams’ twelve page poem entitled, “Desert Music.” It’s the last poem in a collection he published in 1954 by the same name. Williams was 71 in 1954 (I was three). I gather that at  this point he had already spent time in a mental hospital being treated for depression. He wrote a striking poem about it called “The Mental Hospital Garden” which is also in Desert Music (the collection, not the poem).

Reading the poem this morning affected me in some striking ways. I remembered Sassy. But I also struggled to reconcile WCW’s stark poem which describes a visit to Mexico with his wife with Steve Reich’s composition, “Desert Music.” I seem to have read somewhere about Reich’s connection with the desert (I think it was Reich). It seems that he was driving across the desert and he began to hear music. I at least  can imagine this sound in his compositions and especially in “Desert Music.” This is a choral/orchestra piece and uses words from WCW’s book, “Desert Music.” But it doesn’t draw any text from the poem I read this morning.

I wondered about that. The feeling in the poem and the composition are completely different. After reading the poem, “Desert Music,” I began to feel differently about Reich’s work. I still like it. But it doesn’t seem to be at all about what WCW captures in his poem. WCW is writing about the underside of life in general and American life in specific. He is captive of the details of life however sordid and makes music from them. Reich says something different to me. His beautiful music speaks the language of vision and open spaces. WCW writes about strippers, child beggars, and revels in experience. 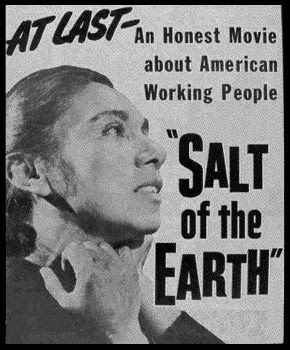 I haven’t read the notes about the poem yet. It’s very specific in its description of a visit to Juarez. I went to Juarez as a child with my family. I found Mexico fascinating and frightening. I remember Juarez and Tijuana and the border crossings (The guard stepped into the trailer we were towing. “Special rate,” he grinned in a sterotypic Mexican accent I would later associate with Cheech and Chong, “Ten dollars for the whole trailer.” He was telling my Dad how much his bribe would be. My Dad paid him.).

There is an enigmatic figure in the poem that begins and ends it. It might be a huddled refugee-like figure sleeping under a bridge between Juarez and El Paso. (“Is it alive?—neither a head, legs nor arms!… an inhuman shapelessness, knees hugged right up into the belly Egg-shaped! What a place to sleep!”) For my money, WCW gets America. He understands us, his “Desert Music” sprawls and is rough like an old blues tune. In the last lines, he jogged another association for me. His poetic narrator hears something. It is music. “… as when Casals struck and held a deep cello tone and I am speechless    .” (The space after the last word is something WCW does occasionally. I notice when he is quoted this is rarely duplicated) Pablo Casals has been a pretty huge figure in my life. He led me to the Bach cellos suites. I read his autobiography. I have stood in his Catalan home ground.

4 thoughts on “a stripper, a childhood trip to Juarez and a long cello note”