Another quick post before getting started on today’s cleaning and cooking.

I did make Anadama bread yesterday.

I use the Bentley Farm Cookbook recipe (called Frank Ryan’s Anadama bead). Here’s a link to something similar… but leave out the nutmeg. This is a NYT link, but it doesn’t give the background of the name of the bread. Here’s a link to a version claiming to be the original. 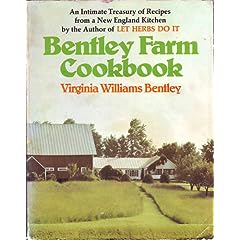 I don’t know if it’s so, but it is similar to the one in the Bentley Farm Cookbook.

I also made Mango chutney and Raita yesterday.

Planning to make a curry today as well as a quiche. Busy busy busy.

Yesterday evening while waiting for my brother and his wife to arrive I read another graphic thingo:

Cool. Another good one.  These stories alternate between one reality and another quite nicely. I especially liked the second story which is more cartoon like. This is the first page of this story:

Granpa Greenbax is a sort of McScrooge Duck character. But the story gets darker when he kills his nephew and then suddenly is pulled out of the reality of the story into a larger reality that shows that he is actually a frog which has a computer implant and is acting out his story for a live tv show. I don’t want to ruin the ending but I do recommend these authors. Good stuff.

After I finished that book, I segued into Anthony Burgess’s book length poem called Moses. Originally a very unique screen play treatment, it seems never to have been used for a movie. Hard not to picture Charleton Heston however. But it is Burgess I haven’t read, so what the hey.

I now have a shitload dishes to do and even some work for church (I want to pick out some renaissance anthems to do in Lent and in our Feb recital before Sunday. We’ll see if I succeed.)

I’m still looking for more conversation on my insularity. Nothing so far. Oh well. Fun while it lasted.