The wind is blowing in Western Michigan. Literally. I love the sound. I have to leave the house in 55 minutes to walk to my daily ballet class accompaniment. I  now have an official Hope College I.D.

I have mixed feelings about working for such a prejudiced and Christian fundamentalist organization. But I guess one does what one has to. 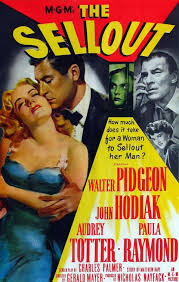 Speaking of fundamentalism, waiting for Eileen to arrive home from work last night, I sipped my gin and read “Holy Warrior” a 1996 review by Tony Judt of His Holiness: John Paul II and the Hidden History of Our Time by Carl Bernstein and Marco Politi. 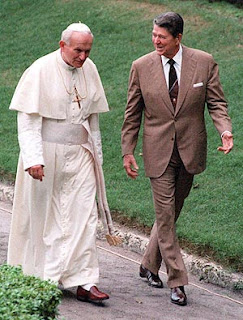 I just checked and couldn’t find a complete free online version of this article. Which is too bad because it helped me understand the reactionary retreat of the Catholic church from the “open windows” of John 23rd.

Judt does an evenhanded historian review of the book. Basically he says its a puff piece and holds up several surprisingly trite phrases it uses to support its overblown and unsubstantiated subtitle. But in the course of the essay he makes it clear why Karol Wojtla (JPII)  rejected so many issues out of hand while pursuing a “modern papacy” in style but not substance.

He even finds precedent in the reigns of earlier popes. The one he thinks is the most similiar is Innocent III who became pope in 1198.

“Energetic and authoritarian, Innocent set about centralizing power in the medieval church. He proclaimed himself the Viar of Christ (the title was not used before then), preached and organized an unsuccessful Fourth Crusade against the Infidel in 1204 and a brutal and utterly effective crusade against the Albigensian heretics of southwest France. At the Fourth Lateran Council of 1215, in the year before his death, he defined the modern doctrine of the Eucharist and the subordination of the bishops and other congregations to papal authority…

“With Innocent III the medieval papacy attained the zenith of its secular influence and theological authority. Yet the same man, but the very extent of his claims and rulings, was also the last of the great medieval popes and contributed to setting in motion those forces—secular and spiritual—that would lead to the downfall of the universal Church.”

So Ratzinger’s (JPII successor, Pope Benedit XVI) intentional gleaning of the faithful to the true believers and reactionary stances on a number of moral issues can be seen as the logical next step from JPII. Lacking JPII’s charisma but carrying out a similar anti-modernity and Catholic fundamentalist agenda. 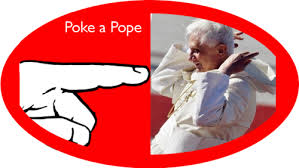