The last few days I have been sorting the many boxes of stuff left on my porch from my Mom’s last move from her apartment. Since that move my front porch has been sort of a storage area for a bunch of stuff. Last week I thought it might be nice to have my porch back in a usable state. So I started making stacks of stuff to take to the local thrift shop. Also going through many papers and deciding if they can be recycled or need to be kept. Most of it goes into the recycle bag, but I have run across some things I think are important like my Mom’s diplomas and charming letters from my kids to my parents.

I also took four huge old computer monitors (only two of which I believe were my parent’s) and an old TV to Goodwill which accepts and supposedly reuses computer equipment.

This is sort of a melancholy task because both of my parents were in shaky mental states when they last had their hands on their stuff. Dad was deep into his disease (Lewey Body Dementia) and was making little sense. Mom was at her wit’s end and feeling very inadequate and crushed by Dad’s demands. All of this is evidenced by the their random stuff laying on my porch.

I am making headway and would love to sit on my porch some this summer.

When Linda Graham the choreographer was visiting me this week to discuss the upcoming Global Water dance music, she noticed my harpsichord sitting in my dining room. It’s kind of hard to miss. She was surprised that I was a harpsichordist and immediately asked me if I would be interested in helping her with a class at Hope. I told her that the harpsichord has been sitting in parts since last fall. My goal this summer is merely to get its refurbishing started again. I also told her that harpsichord music is another of my passions and I would be glad to help, even though Hope already has qualified people.

We had a frank discussion about Hope’s harpsichord and its reluctance to share it with departments. I tried to make this a constructive conversation since my experience of Hope and Holland in general is one of small minded provincialism. And I’m not feeling very positive about the area in which I live this morning since the Holland City Council voted 5 to 4 against recommending a non-discrimination policy regarding sexual orientation. Linda said to me recently that when she moved to Holland in 1983, the college was more liberal and the city more conservative.  Now she thinks this is reversed. I think that much of  the entire country has shifted into shallow angry  reactionary behavior that has little to do with the notion of freedom (liberal) or preserving (conservative).

I think we need both notions.  My father used to describe himself as a “progressive conservative.” Recently ran across the book, Acts of Faith: the story of an American Muslim, the struggle for the soul of a Generation by Eboo Patel.  Patel has been described as both the kind of person who has vision and can also implement it. His notion is that hate is taught to impressionable minds in our country.  His vision is to educate our young people into tolerance and away from hate.  I agree.

In addition I think we desperately need to educate ourselves period. I find fuzzy thinking and lack of simple factual knowledge often predominates public and private conversations. Education has been largely reduced to preparation for earning an income. The skill of learning and acquiring knowledge is less important then ever (When was it ever that important? I wonder).  Words, themselves, slip into  “frames” of manipulative intent or obfuscating smoke screens  not coherent content, communication and understanding. But I digress. I think sorting my parents stuff has made me a bit sad. Example: I found an old check book for an investment account. In my Dad’s shaky writing there was a sticky on it that said: “I don’t know what this is.” Justices Turning More Frequently to Dictionary, and Not Just for Big Words – NYTimes.com

Interesting thoughts about the relationships of words and meaning. Isolating words in a dictionary meaning not always fruitful. Also dictionary usually describe usage not prescribe meaning. 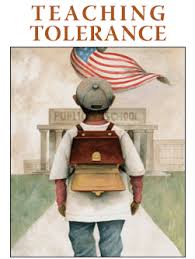 This is the article that led me to Eboo Patel (above).

This makes me want to read the book.

2 thoughts on “a melancholy task”