Every morning for the past couple of weeks I have begun my day reading some McLuhan and Joyce. I am drawing near the end of McLuhan’s Understanding Media. Ultimately this book is too tightly situated in the necessarily limited point of view of the author. McLuhan has surprising insights into his time. These insights can be sometimes extended into the present. However he just as often wrong as he is insightful.

I think McLuhan’s strength is his ability to write metaphorical sentences that can sometimes now ring like aphorisms.

“Tradition, in a word, is a sense of the total past as now.” Marshall McLuhan

I especially liked this synoptic section at the end of the chapter on The Phonograph.

“The telegraph translated writing into sound, a fact directly related to the origin of both the telephone and phonograph. With the telegraph, the only walls left are the vernacular walls that the photograph and movie and wirephoto overleap so easily. The electrifications of writing are almost as big a step into the nonvisual and auditory space as the later steps soon taken by telephone, radio, and TV.

The telegraph: speech without walls. The phonograph: music hall without walls

The photograph: museum without walls. The electric light: space without walls. The movie, radio, and TV: classroom without walls.

This section gives a good example of both McLuhan’s insights and his dated clunkiness.

There are no footnotes in this book. So unsuspecting readers may not realize that McLuhan is quoting (and building on) André Malraux idea of “The  Museum without Walls.”

Glenn Gould also liked Malraux quite a bit. Both Gould’s writings and Malraux’s book are sitting in my to-be-read-soon stack. McLuhan often quotes Joyce. So it’s kind of fun to read a few pages of him in the morning and then flip to the Joyce’s masterwork of comedy and puns: Finnegans Wake. 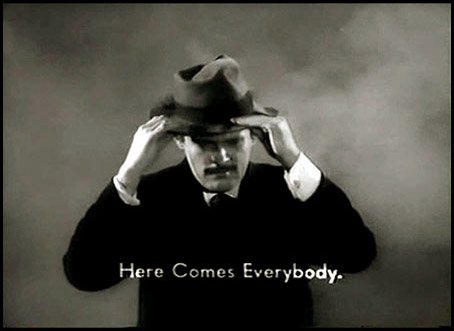 There is story in Finnegans Wake. But what I enjoy most is reading aloud and listening (and often laughing) at Joyce’s wonderful Lewis-Carroll-gone-mad language.

As I have said here before, I’m pretty sure I haven’t read all of Finnegans Wake. But I find that most of the pages I am reading have my own little notes scrawled on them. I think these notes drop off about 2/3rds of the way into the book. This indicates to me that I haven’t read the entire thing completely yet. This makes me happy as I enjoy reading it.

Finally, I finished Amy and Isabella, Elizabeth’s Strout’s first novel published in 1998 (and sadly apparently made into a movie… yikes). For me this novel climaxed in the middle when the reader finds out why Amy and Isabella act the way they do at the beginning of the book.

At the beginning the mother and adult daughter are living in the same house but are barely civil to each other. Amy’s hair is mysteriously badly shorn. Something bad has happened. Then the book begins again in the past and moves up to the point we have met the characters at the beginning.

This is about half way through.

I think I understand what Strout was trying to do in this book. But by the end of the book most everything that was happening was not too surprising or even interesting to me.

Ultimately the book felt a bit contrived. This might not have been the case if I hadn’t already read and greatly admired Strout’s Olive Kiteridge.

I think I now understand why Strout constructed Kitteridge as a series of inter-related short stories in which we catch glimpses of characters and she successfully develops them like excellent little photographic portraits.

Amy and Isabelle suffers from a bit of fragmentation that this second technique remedies. In it Strout will sometimes tell the reader that not only Amy and Isabelle are feeling elated/desolate but becoming a bit unconvincingly omniscient, the narrator flits quickly from situation to situation of secondary characters seeking a sort of “Our Town” transparency of stories of people in physical proximity.

For me the best part of this book was when I was thinking about it one day and realized that the man who seduces Amy in the book is named Mr. Robertson.