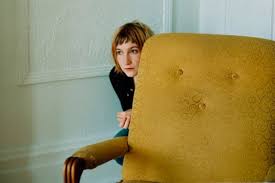 I received an email from Sheila Heti (pictured above) yesterday. She was letting me know that my responses to her online poll of artists about what they think of their work was now added to the list: http://www.sheilaheti.net/2012.html 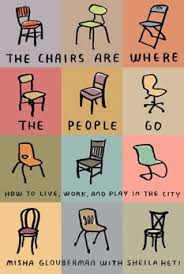 I took the opportunity to tell her what a fan I am of her book Chairs are where the people go. She thanked me and said she would pass it on to Misha.

I think stuff like that is cool. It’s really one of the main reasons I continue to blog and facebook and twitter. I like conversations and connections and ideas. When someone who is having these reaches back to me I remember my little dream about using the interwebs for this sort of thing. It does happen from time to time.

Well London is burning again. This time it seems to be disgruntled youth and thugs who are doing the rioting. Yikes.

It’s hard not to ascribe some of this unrest to the effects of the policies of the Cameron government.  When governments like the U.K. and the U.S.A. decide not to be vehicles of protection and empowerment of their populations the result is hardship for those left to their own devices.

There was an excellent article in yesterday’s New York Times which brought to bear some Lakoff like insights into what is happening between the U.S. population and its leaders:

What Happened to Obama’s Passion? by Drew Weston

I know I included this in yesterday’s links, but actually hadn’t had a chance to read it.

I recommend reading this yourself if you are interested or troubled by what is going on in the United States right now. 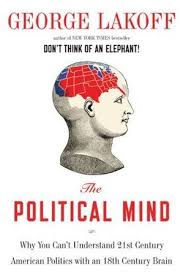 Weston and Lakoff are obviously using brain science to understand the United States movement to more and more  extremes.

In his NYT article, Weston begins by saying Obama lost the opportunity to articulate a more clear narrative of where he entered the presidency. A narrative is not a policy, Weston says. But he seems to understand the power of stories in our lives.

He imagines Obama saying this in his first inauguration.

“I know you’re scared and angry. Many of you have lost your jobs, your homes, your hope. This was a disaster, but it was not a natural disaster. It was made by Wall Street gamblers who speculated with your lives and futures. It was made by conservative extremists who told us that if we just eliminated regulations and rewarded greed and recklessness, it would all work out. But it didn’t work out. And it didn’t work out 80 years ago, when the same people sold our grandparents the same bill of goods, with the same results. But we learned something from our grandparents about how to fix it, and we will draw on their wisdom. We will restore business confidence the old-fashioned way: by putting money back in the pockets of working Americans by putting them back to work, and by restoring integrity to our financial markets and demanding it of those who want to run them. I can’t promise that we won’t make mistakes along the way. But I can promise you that they will be honest mistakes, and that your government has your back again.”

[Weston then continues in his own voice:]

A story isn’t a policy. But that simple narrative — and the policies that would naturally have flowed from it — would have inoculated against much of what was to come in the intervening two and a half years of failed government, idled factories and idled hands. That story would have made clear that the president understood that the American people had given Democrats the presidency and majorities in both houses of Congress to fix the mess the Republicans and Wall Street had made of the country, and that this would not be a power-sharing arrangement. It would have made clear that the problem wasn’t tax-and-spend liberalism or the deficit — a deficit that didn’t exist until George W. Bush gave nearly $2 trillion in tax breaks largely to the wealthiest Americans and squandered $1 trillion in two wars.
And perhaps most important, it would have offered a clear, compelling alternative to the dominant narrative of the right, that our problem is not due to spending on things like the pensions of firefighters, but to the fact that those who can afford to buy influence are rewriting the rules so they can cut themselves progressively larger slices of the American pie while paying less of their fair share for it.”

Imaginary presidents are always smarter than real ones I guess. But Weston says clearly how things have seemed to me for years.

I like how he calls out the false framing of the extremists:

Anyway you can read it for yourself if you’re interested.

This situation is breaking fast, but this dated story gives an interesting overview of world reaction.

Bolton articulates his reasons for considering running. I of course totally disagree with how he seems lay so much on Obama’s performance as president. It is so easy to blame. Bolton did a lot of that when he was in power. And scolding. Lousy leadership as far as I’m concerned. Also he is extremely pro-Israel.

This seems to illustrate Kwame Anthony Appiah’s idea discussed in a recent radio program  in which he says we need to have conversations with people we disagree with about stuff other than what we disagree.  Once again the show is called “Sidling up to differences.”

Paul Krugman weighs in on S & P’s credibility and its part in the current economic problems.

Waiting for a Landslide – NYTimes.com

Ross Douthat analyzes the damage done by parties waiting for a large shift in public opinion.

Lexington: An underperforming president | The Economist

I was surprised by this clear helpful article in The Economist….

This article gives a history of the city of L.A. in which I learned stuff.

Here’s two I haven’t read yet: