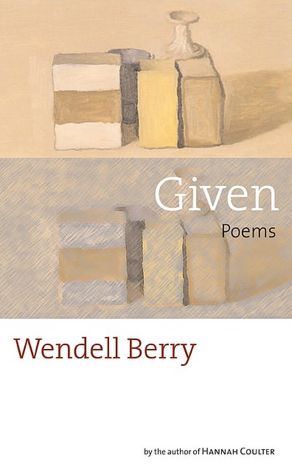 After reading some William Carlos Williams, I then finished off Given by Wendell Berry.

Here’s one of the ones I marked to go back and re-read.

It takes all time to show eternity,
The longest shine of every perishing spark,
And every word and cry of every tongue
Must form the Word that calls the darkest dark

Of this world to its lasting dawn. Toward
That rising hour we bear our single hearts
Estranged as islands parted in the sea,
Our broken knowledge and our scattered arts.

As separate as fireflies or night windows,
We piece a foredream of the gathered light
Infinitely small and great to shelter all,
Silenced into song, blinded into sight.

I copied this from another blogger (too lazy to type it in if I can find it someone else has). I found some misspellings. I guess that’s the danger of doing that sort of thing.

I note that the last two books I have finished reading use a form of the word, give, in the title (The Gift by Hyde & Given by Berry). Interesting serendipity. 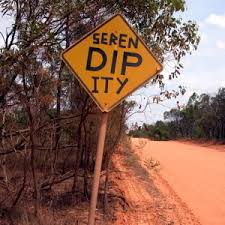 I find a URL which features the book in order to put it on this list. This morning I was on this one. It’s the google book link. I noticed that 25 people had reviewed Berry’s book of poems. This was a bit startling to me, because I really have no one in my life right now that talks to me about poetry (or music for that matter).  Once in a while I feel sorry for myself about this sort of thing, but as I age I have come more and more to accept the solitary artistic life as one that has many consolations and rewards.

It’s nice to think there are 25 people out there who have actually read this book. Forgive my cynicism but many years ago (as a bookseller) I decided that owning a book has little to do with whether you actually read it or not. Most people do not read books it seems. And even the ones who have them, often do not do so.

So I like thinking that there are 25 little shards of light on google books that have read Berry’s book.

I found the book uneven. Berry is struggling with the whole pastoral thing he has made his own. We live in ugly times. He has responded with sermonizing about local economies and farming. But inevitably as a poet he must confront the ugliness in his work. He does some of this in this book. These are the poems that interest me the most. Also the ones about old age.

But he doesn’t seem as strong to me as William Carlos Williams (of course). Williams can write a poem in the 1920s that describes a scene of nature and to me it rings as clear and true as Japanese Haiku or pastoral Chinese poetry as I read it in this century.

I think this editorial sums it up pretty well. I know it’s partisan but what the writers say seems to me to have happened.

Hey. Kirk Douglas wrote a letter to the NYT. Coolness.

Highland Park, Michigan is one of the cities.

Paul Krugman makes sense to me.

Norman Lear on fighting for the food fight – latimes.com

A couple of artists who are new to me: My brother and his wife gave me a book by the latter artist as an Xmas gift.