I decided I would perform a Haydn piano sonata movement this Sunday as the prelude.  I’m going through a bit of a rough patch at work. Probably not totally appropriate to talk about it here, but suffice it to say it’s not that serious or anything. But I chose the Haydn because it is a beautiful work and I will enjoy performing it and it will soothe me in a trying situation. It’s kind of an indulgence I guess, but it will make a lovely moment in the service.

Here’s a Youtube video that begins with this lovely movement well played.

At 3:30 (3 minutes, 30 seconds) into the video the movement ends and the player begins the finale. This player (who doesn’t seem to be identified anywhere) doesn’t repeat the two sections in the piece as per Haydn’s instructions. This probably gently violates the nature of the form this piece is written in (sonata allegro). I am planning on doing the repeats but I am taking it just a tad faster. My edition suggests a pulse of 108 per minute which is quicker than this player is playing. It’s also a bit quicker than I am planning on performing it as well.

I am managing to get back to exercising.

Started using our new WIIfit plus a couple days ago. It has some handy new features like being able to build a routine that moves immediately from exercise to exercise and some new exercise games. 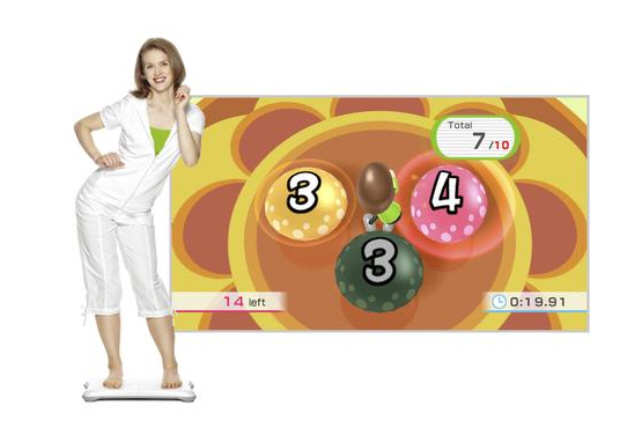 And I started treadmilling again.

Eileen went to work yesterday and seem tired but satisfied when she got home. I spent some time on Skype with my lovely daughter, Sarah for a bit yesterday, catching up with her. She and her partner, Matthew, spent her birthday in Disneyland in Paris.  It sounds as though it’s a replication of the U.S. Disneylands with Tea Cup rides and roller coasters.

I got up this morning (actually was laying in bed) and checked out world reaction to Mubarek’s resignation yesterday.

I checked these web sites:

The Daily Mail is pretty useless. Very much an Enquirer type.

I heard one of the editors of Aljazeera talk about journalism last year. This international news organization does some excellent reporting.

I haven’t finished reading this last article, but thought it had an interesting title and the first few paragraphs convinced me it wasn’t just a diatribe against the US.

Did you know you can change the setting to different countries on Google News? Pretty interesting to see what Switzerland or Brazil papers are saying. And of course you can use the translate button that pops automatically if you are using Chrome.

Is George W. Bush above the law?

on the Canadian Edmunton Journal web site. I put this here in case readers miss the comments to the previous post (link).  I think I was a bit glib in describing some of my ideas and when prodded by my son’s thoughtful comment tried to fill in a few of the blanks. This article is one of several I looked at about Bush’s recent decision not to go to Switzerland.  I put it in my comment and am also putting here as a link.

This is silly, I know. But my Mom has a bunch of magazine subscriptions that keep coming to my house. At first I took each issue to her, but she didn’t really look at them and told me she didn’t want them. I haven’t gotten around to canceling them so they just keep coming.

Now I look at the covers and decide whether to recycle them or put them in the bathroom to read.

The March issue of Woman’s Day has an article called “The Caregiver’s Survival Kit” by Gail Sheehy. I was skimming it. It’s kind of what you would expect, easy reading. But I have done some caregiving in the last few years and realize it has affected me deeply.

Click on the title to read an online synopsis of the article. But the main reason I’m putting this up is that in the magazine (not on the web for some reason!) Sheehy mentions this web site:

I do find myself trying to find good medical information online and hadn’t run across this government web site…..