My energy is starting to catch up to my exhaustion. Yesterday did not leave me quite as exhausted as the previous Sunday.  The music went well. I played a nice set of Variations by Wilbur Held on O Fillii et Fillia. They reminded me of Distler and Bender. I walked over a little early to rehearse them and they went pretty well in performance. They were based on the opening hymn yesterday, O Sons and Daughters.

I introduced the choir to next week’s anthem. Taken right out of the Hymnal 1982, it is a pretty unique text and tune.

1. Look there! the Christ, our Brother,
comes resplendent from the gallows tree
and what he brings in his hurt hands
is life on life for you and me.

Refrain:
Joy! joy! joy to the heart and all in this good day’s dawning.

2. Good Jesus Christ inside his pain
looked down Golgotha’s stony slope
and let the blood flow from his flesh
to fill the springs of living hope. Refrain

3. Good Jesus Christ, our Brother died
in darkest hurt upon the tree
to offer us the worlds of light
that live inside the Trinity. Refrain

4. Look there! the Christ, our Brother,
comes resplendent from the gallows tree
and what he brings in his hurt hands
is life on life for you and me. Refrain

Nice poetry in the hymnody but what makes it unique is Albright’s tune, PETRUS, which layers an 11 note pattern with a six note pattern in the accompaniment to the stanzas and lapses into sixties R&R in the chorus.  The choir responded to it quite well.

I also had applause on my postlude which is always surprising in this context. I played a little Charles Ore setting of “Lift High the Cross.” I like Ore’s work. He combines imaginative rhythms with just a touch of the spice of dissonance.  This particular setting is a bit bombastic and for once I played it quite loud. I accomplished this by playing it up an octave and with the crescendo pedal down and adding a few couplers. It made my little organ sound bigger than it is.  I think the volume might have had something to do with the fact that this particular postlude grabbed the attention of listeners. Usually the energy of the crowd takes over at this moment which I see as a pretty good thing.

Since I’ve shared a hymn this morning, I think I’ll close with a poem by Emily Dickinson, I read recently and enjoyed.

I shall keep singing!
Birds will pass me
On their way to Yellower Climes—
Each-with a Robin’s expectation—
I—with my Redbreast—
And my Rhymes—
Late—when I take my place in summer—
But—I shall bring a fuller tune—
Vespers—are sweeter than Matins-Signor—
Morning—only the seed of Noon—

Having been alive during the years that South Africa freed itself from apartheid, I find the “rest of the story” fascinating.

This reminds me of something a friend of mine from Romania told me years ago: “Don’t you know? All governments are jerks.”

Last night’s killing of Osama Bin Laden is all the media noise this morning. But I find this little news story pretty disturbing: The Taliban announced a increase in wanton killing (now that the weather’s nice) and then did it. One of the things about suicide bombings or picking off civilians from a sniper perch that always strikes me is the cowardice of it: killing unsuspecting people in ambush.  I figure this is just my own cultural bias, but I do find it cowardly to shoot or blow up someone who is not only unarmed but looking the other way.

A Doctor’s Focus Is the Minds of the Elderly – NYTimes.com

Why, Mrs. Sachs asked, “do they send buses of psychologists to a high school every time there’s a tragedy,” but here, where death is constant, “there’s only a brief memorial service and cookies?”

Dr. Agronin talked to them about accumulated grief, how one death re-opens others, how they had held themselves together for their families’ sake. He said grief is part of the human condition, not a psychiatric condition.

Alabama Family Loses Everything Except What Really Matters – NYTimes.com

Another good feature article from yesterday’s NYT, this one by Dan Barry. Worth reading.

Nice article on Krugman. Haven’t finished it yet. 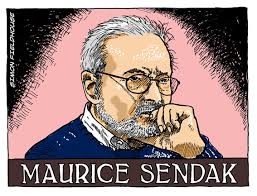 Some great quotes in this one by the aging Sendak who is seen by the author as an elderly Pierre (character he created). I’ll let you find them.

Cheating and God: Study ties willingness to cheat, viewpoint on what God is like – latimes.com

Believe in a compassionate God and you are more likely to cheat. Makes sense to me. I have watched people who seemed to be cheating who fall in this category and have seen this correlation up close and personal. Yikes.