Yesterday I did not practice. I did not exercise. I went into a bit of a mental/physical stall. This morning I feel better as a result of it. I told Eileen I needed thirteen more days like that one. I spent the day moving back and forth from my reading chair to the piano and guitar. I would play some Mendelssohn on the piano or some Gervaise and Bach on the guitar, tire quickly, and return to reading. Consequently I finished Albright’s Fascism: A Warning and read a good deal in James Comey’s new book, A Higher Loyalty: Truth, Lies, and Leadership. It quickly became apparent to me that Comey’s book was his first and that Albright’s book was her sixth.

Comparing the two books is a bit of an apples and oranges conundrum. Albright’s book is incisive and lays out the workings of a keen mind. Comey’s prose style seems to be lifted from Scott Turow or John Grisham, two other lawyers turned writers. This is ironic because in her acknowledgements Albright thanks Bob Woodward for his help with her books. Woodward’s prose style (what i can remember of it) seems closer to Comey’s than Albright’s.

I am enjoying Comey however. He leaves some things about himself and his wife unsaid.  I think they are probably Catholic. I thought of this as he described his wife’s incredulity at someone using the phrase “It’s God’s Will,” when expressing sympathy at the death of their newborn daughter.

This someone was probably a Roman Catholic priest. I remember the first time I heard a priest use that phrase to a mourner. The mourner was a young husband burying his wife. I looked at the widower and wondered which of us was going to hit the priest. Neither did. But the shock of it is firmly imprinted in my memory.

So fae I am finding Comey almost convincing in his attempt to “bring the reader into his mind.” Unfortunately, the book reads like it’s under the influence of one too many  “how to write” books. It will probably be a best seller.  The prose is easy. The topic popular (a memoir about people in the current or recent spotlight). Hell, I pre-ordered it

This morning I drive to Glen Michigan to spend forty five minutes with my therapist, Dr. Curtis Birky. I plan to discuss the gloom and sadness that I have been living through recently. Of course, this morning I feel chipper. That’s the problem. When I’m down I’m not usually scheduled for a therapy session. By the time they roll round, I am more in a reporting mode than a therapeutic one.

I told Eileen last night that today I get to tell my shrink my wife said I’m drinking too much. Although that’s how she phrased it, I think what she meant was that my drinking habits in the light of some recent health thing she read are not good. I told her I was willing to go with her take on it, but that what troubled me was her own feelings of anxiety around my mortality.

At least I wish I had been that succinct and clear. That’s probably some of what we’ll talk about this morning. So of course after a day of mental stall and time off, I skipped my martini and wine last night, doing the dishes one more time before bed instead. Also, removing myself from the playing of the PBS News Hour on the living room computer which I am beginning to despise. Come to think o fit, maybe I’ve despised the News Hour for a while.

I have a semi annual check scheduled next week. I have been keeping an eye on my BP and weight realizing I will have to have them measured in the office next week. They haven’t been too bad. Skipping drinks will probably help those numbers. Ah. Getting old is goofy. 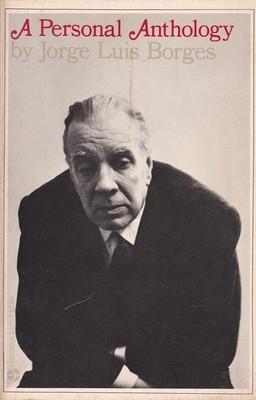 I have been listening to Borges stories on New Yorker podcasts. He is an amazing writer. After listening to Paul Theroux read and discuss his “The Gospel According to Mark” this morning, I got up and found my copy of his A Personal Anthology sitting conveniently by my reading chair.  I immediately read “Death and the Compass” in it (link to pdf).

Ibram Kendi, one of the nation’s leading scholars of racism, says education and love are not the answer

This article from September of last year lays out some of Kendri’s basic ideas (e.g. racism precedes and dictates policy not the other way round). He links it on the first page of his website.