a box of music

A box of music came in the mail for me. I found it yesterday on the counter at church late in the day. I was preparing to practice organ. It was fun to open it and see what I had ordered. I buy used music from my previous instructor, Craig Cramer. He sends out an email with a lengthy list of  music, books, CDs, and records he offers for sale. I picture him hiring a grad student to do all the grunt work for him. Since his wife died, I also picture him rattling around in their home in South Bend with occasional student boarders. Maybe they help with the music orders.

Anyway, there were many treasures in the box, too many to enumerate here. When I send in an order, invariably something I want has already been snatched up by another person on Craig’s email list. This can be disappointing. But, it also means that i can’t quite remember which pieces of music are actually coming. This adds to the fun.

One piece I knew was in the box was Helmut Walcha’s verion of Bach’s Art of Fugue. The Art of Fugue holds a life long fascination for me. I am grateful to be at a stage of competence that I can play it. For years I listened to it, especially the Swinger Singers doing Counterpunctus IX.

I have learned and performed this one on piano. I use Czerny’s version because it’s cheap and on two staffs. The original was written with a line for each voice, like choral music without words.

Last night over a martini I perused Walcha and was amused to see that his version of number 9 was for manuals only, that is, with no pedal part. This makes sense. But here is how Cameron Carpenter plays it.

He opts for using the pedal. He’s sort of the Virgil Fox of the early 21st century. Classical organists tend to hate him, like they did Fox. 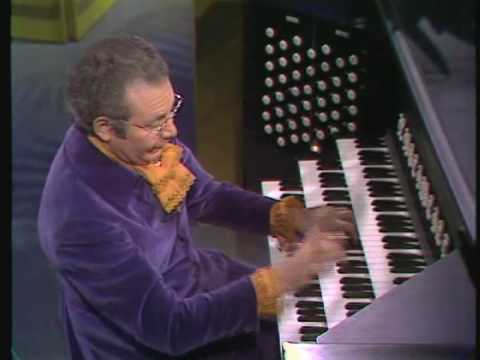 I recently heard Juan Felipe Herrera’s name mentioned, I think it was on the Writer’s Almanac. He is the current US Poet Laureate. I didn’t even know we had such a thing. I checked out a book of his poetry yesterday.

for all the dead

& hear my streets
with ragged beats & the beats
are too beat to live so the graves push out w/
hands that cannot touch the makers of light & the
sun flames down through the roofs & the roots that slide to
one side & the whistlin’ fires of the cops & the cops
in the shops do what they gotta do & your body’s
on the fence & your ID’s in the air & the shots
get fired & the gas in the face & the tanks
on your blood & the innocence all around & the
spillin’ & the grillin’ & the grinnin’ & the game of Race
no one wanted & the same every day so U fire &
eat the smoke thru your long bones & the short mace
& the day? This last sweet Swisher day that turns to love
& no one knows how it came or what it is or what is says
or what it was or what for or from what gate
is it open is it locked can U pull it back to your life filled
with bitter juice & demon angel eyes even though
you pray & pray mama says you gotta sing she says
you got wings but from what skies from where could
they rise what are the things the no-things called love
how can its power be delivered or grasped so the beats
keep on blowin’ keep on flyin’’ & the moon tracks your bed
where you are alone or maybe dead & the truth
carves you carves you & calls you back still alive
kiss the candles by the last four trees still soaked
in Michael Brown red and Officer Liu red and
Officer Ramos Red and Eric Garner whose
last words were not words they were just breath
askin’ for breath they were just burnin’ like me like
we are all still burnin’ can you hear me
can you feel me swaggin’ tall & driving low &

shootin’ fine & hollarin’ from my corner crime & fryin’
against the wall