This morning we are singing a choral arrangement of Aaron Copland’s song, “At the River.” It comes from his “Old American Songs.” I ordered a copy of all them yesterday. In the meantime I was able to download and print up this one song in its (supposedly) original version to compare to the arrangement by R. Wilding White.

As I suspected, White has taken harmonies from Copland’s accompaniment and construed a four part harmony of it. Most of it is fine, but he changed the ending note (!) from the tonic to the third (in a couple instances) and in the closing gesture has the sopranos leap up a sixth to close at the high octave of the melody. This last gesture had already troubled me enough to ask the sopranos not to do it. 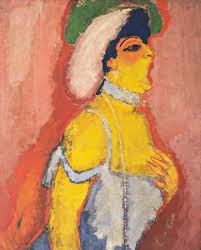 After looking at Copland’s original I will make a few slight changes so that the soprano (singing the melody of the original hymn, “Shall we gather at/by the river?”) will end on the note in the original melody and the rest of the voices fill in the chord. This will be better I think.

As I was studying Copland’s song yesterday, it occurred to me that should I have difficulty getting the choir to sing Copland’s arrangement after only one rehearsal (and that rehearsal with several people missing), I could have them sing the unison melody and I could play Copland’s piano accompaniment and we would still have a nice little Copland anthem. I probably won’t have to do that.

I finished the second volume (“A Clash of Kings”) of George Martin’s fantasy series, Game of Thrones while treadmilling yesterday. I succumbed and googled “Clash of Kings pdf” and found an online pdf version and read it while exercising. I find the tilted screen easier to work with than a paperback in hand (I don’t have a reading rack on my little $100 used treadmill).

Eileen and I sort of collaborated on supper last night. I made us a small blueberry pie which she kept an eye on while I treadmilled. Earlier in the day I had made some cole slaw for us. While I showered she started the salmon. We sat down to our meal and watched the last episode of the second season of HBO’s Game of Thrones.

I thought that I owned the third volume (as I mentioned yesterday) but when I looked more closely I discovered I had purchased the fourth volume. So I purchased the third one as a Kindle Book and read a bit in it. 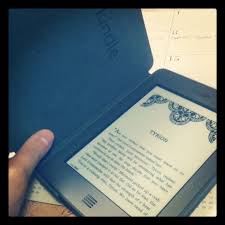 Martin mentions that volumes two and three overlap chronologically. I suspect that some of the plot of the final episodes in the second HBO season reflect this. In face I now know they do having read several chapters.

The HBO series has changed plot line a bit. Some characters seem to have disappeared (The Reed children if you’re following this), others act in ways that are a bit different from the book. The books tell an interesting subtle engaging story. Hard to compare an acted drama to the way a writer can spread out his/her story and do subtle things. 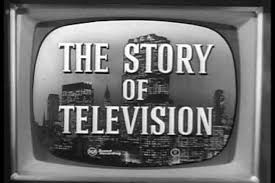 This pretty much sums up my lower interest in movies and TV. I know I’m anachronistic (I celebrate it, actually), but the use of many words to tell a story or convey an idea pulls me in in a way that simple dialogue and images don’t. Don’t get me wrong. I like dialogue and images, but find myself returning to words on a page (or a screen). I recall Neil Postman (I believe it was) saying that the number of words in a TV news broadcast would fit on one page of a newspaper. 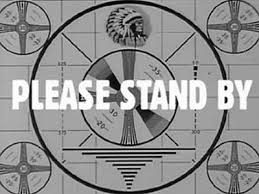