I had a disturbing day yesterday. I came to the understanding that my Mom is losing her cognitive functioning. It came to a head during her interview with her GP. She made little sense. She told the doctor  she wasn’t eating. But she had gained weight since her last visit. The doctor was understandably skeptical. Later I  overheard Mom tell the nurse taking her blood that she had skipped breakfast. I suggested to Mom on the ride home that maybe that was why she had said she had stopped eating. The doctor concluded that Mom wasn’t remembering well. In fact, she made a comment that Mom wasn’t all there today. This week Mom has visited the hearing aid people, her psychologist and her GP. She has complained repeatedly at being unable to think clearly. At the same time she does seem stronger and more observant of her surroundings. if this continues I will probably call her psychiatrist’s office next week. I did some poking around online and found that there is a connection between anemia (which Mom has definitely been suffering from) and loss of cognitive function. I hope this is not a permanent development but it may well be.

Mom’s doctor appointment was the first one at our doctor’s new health care complex.

They moved offices this week. The new building has two stories. We were greeted by a host at the door,

ushered into one of several interviewing cubicles.

The woman at the computer did not know if they had free wifi or not (they did). Mom’s doctor was on the second floor. We went up a few minutes before her scheduled appointment.

It was over a half hour before we were called in to an examination room. After Mom’s intake exam (weighing, blood pressure, med list update), we again waited for a very long time. They seem to be running over an hour behind. A nurse came in half way through and apologized. The doctor entered the exam room grimly cheerful and only apologized for the wait at the end of the appointment. We then went downstairs to the lab so Mom could have blood drawn. In the lab we met the same nurse who drew blood from Mom last week at the old office. She remembered us. On the wall were little stickies that said “picture” and “clock” where presumably these will eventually go. The nurse tripped as she moved around the room. She told me it was the fourth day they had been in the new facilities. And that Monday after her first day her concentration was so rattled that she had difficulty driving home. Oy.

I did manage to get to my 3PM Ballet class on time. I have noticed that my improvs are more interesting this week. I often try to reflect the energy of the dancers and the teacher as I improvise. I think we are all ready for the term to be over. 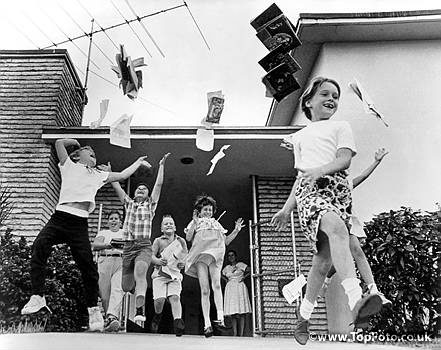 After class, I went and attempted to practice organ. I found my pieces unraveling no matter how I approached them: slowing down or repeating sections. I admit I didn’t read this article all  the way through. But I do strongly approve.

Levon Helm, Drummer and Gravel-Throated Singer for the Band, Dies at 71 – NYTimes.com

I love the Band. They seem to have had a long weird ride. Helm definitely didn’t care for Robertson. I think Robertson was probably a genius. Highly ironic on the face of it. I avoid reading articles about the Roman Catholic church since I was so immersed in it for so many years in order to earn a living. But I can’t help but notice that many nuns live out the gospel in their care for the poor and the unloved. Fuck that, says the Vactican. You American nuns are too uppity and need to get your thinking straight. Here’s an old celibate cranky guy to help you.

A Stain That Won’t Wash Away – NYTimes.com