One of the things I have devolved into in this space is recording insights I run across. Decades ago when I first began building a website my goal was to start conversations. I use conversation here as Mortimer J. Adler uses it when he suggests that books (and hence ideas) are in conversation with each other. I also see scholarship as a kind of conversation.

Well, conversations of this ilk  in cyberspace are as rare as they are in my daily life.

But I persist here anyway. Some of this is realizing how valuable verbalization is to me. Writing something out helps me think about it. I used to use this as a kind of self therapy (when the self therapy of writing bad Paul Simon songs failed me). Now I don’t turn to writing and verbalization for this so much. Like Gertrude Stein I have found that the vices of my youth are the charms of old age and don’t trouble as much I guess.

Anyway here are some insights from this morning.

1. business is the worst disease of love in Donne

I have been reading a poem or two by John Donne in the morning. This morning the poem was “Break of Day,” in which Donne challenges the notion that morning should part lovers. He goes to ask:

“Must business thee from hence remove?
Oh, that’s the worst disease of love,
The poor, the foul, the false, love can
Admit, but not the busied man.
He which hath business, and makes love, doth do
Such wrong, as when a married man doth woo.”

I know it’s silly but I have such an aversion to how business thinking dominates so much of public conversation and private thinking. Business theology I call it not limiting it to churches but to describe how pervasive this weird bias is my life. 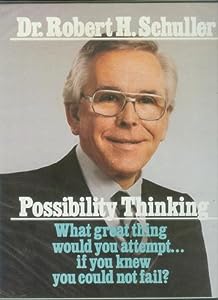 Van Doren thinks thinks that McCluhan makes a bit of mistake in his reductive notion that the “medium is the message.” Van Doren sees it as an exageration to say that the only message in technology is the medium. A closer reading of McCluhan reveals that he is aware that technology has more than one piece of content including the medium. He gives the example of IBM. When IBM realized and articulated that it was not just in the business of making machines but in the business of processing information, it saw itself more clearly according to McCluhan. He doesn’t suggest that they quit making machines but that they had missed some of their own content. I think of it as hidden content because this kind of thing is sort of an ongoing discovery process. At least it is for me. An example is when I understand that cyberspace is not providing conversation for me as much as it is a sort of public verbalization available to anyone who wants to read it, but most valuable to me for thinking aloud.

3.cubism in both McCluhan and Van Doren

Van Doren moves from McCluhan to cubism in an effort to demonstrate how Picasso and Braque self consciously changed how we see things. I read on in McCluhan’s first chapter and sure enough he also uses cubism in this way. Cool.

In Jack Kerouac’s poem 241st Chorus, he prays to Parker: “Charley Parker, pray for me.” This is the language Christians sometimes use in speaking of saints. I noticed that in my book of poetry I had tucked an article about Saint John Coltrane African Orthodox Church in San Francisco. Same deal.

1. Panic in the Year Zero: A Poem by D.A. Powell | Harvard Magazine

Found this poem online. Read it this morning. It’s kind of long but Powell seems to need the space to move around in and come up with gems like this:

Even in our legends, angels come.
They try their best. But we’re such shits.
And it’s not because we want to screw them.
We screw everything. We’re mankind. It’s what we do.

Made veggie tamales last night to go along with the meat ones Eileen had in the freezer that her boss’s Mom made. Turned out pretty good.

Veggie tamales on the left. I asked Molly why her Mom’s tamales were red. She said they put chili powder in the dough. Interesting.

My friend Phil Harrington who helped me move books and shelves this week mentioned that he had spent some time in Barcelona. Made me remember my own visit there. This review has some dishes I might research and make myself.

Eileen sent me this link. She was given a very fancy pressure cooker celebrating fifteen years of full time employment at the library. She got to choose what she received. She also comments that she has been there longer than fifteen years but she was only part time before that and had a bit of hiatus where she wasn’t working for the library. She wanted me to pick up the ingredients so she could use her new toy to attempt to make the dish she loves at CityVu: Braised Beef Short Ribs.

I used this basic recipe to make gumbo this week. I put up this pic on Facebook:

I mentioned that I was making gumbo and this sparked a discussion. I have a friend from Louisiana who joined in. His comments and links of helped me understand that gumbo needs what Louisianians call “roux.” This is not French Roux, but is made with Peanut oil (smokes less) and flour. Next time I will make Louisianian roux. Thank you, Ken!

6. The technology that links taxonomy and Star Trek – Boing Boing

Star trek tricorders. Why we need them now and what they could do.

Weird experiments in education both work and are troubling.

Fiction. Not that great but interesting and mercifully short.