Thirty-eight years ago today Eileen and I walked across the street from the little cabin where we were living to the park by Houghton Lake. There my Dad officiated over our wedding. It was my second marriage and Eileen’s first. It’s hard to fathom how much meeting Eileen has affected my life. I see my first marriage as the result of being young and foolish.

Or maybe I should just say foolish. But it’s hard to wholly regret such a youthful mistake when it resulted in the birth of my son, without whom I would never have met the woman he married or the children he fathered all of whom I adore. Also I wonder if without my first marriage would Eileen and I have met and formed our relationship.

In the Zoo Story by Edward Albee one of the characters makes the point that sometimes it is necessary to go a long way to cover a short distance.

Maybe a foolish young marriage was necessary for me to understand and arrive at a lucky and lasting connection. 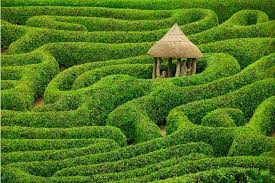 At any rate, I feel lucky today.

As is quite usual for me these days.

Yesterday I used my phone to tape Sunday’s prelude. It is my own composition and I alluded to it recently. Here’s the video.

1. In Battle Over Malibu Beaches, an App Unlocks Access – NYTimes.com

When we were in California, my daughter-in-law led us out to a wilderness trail that she first tried to access by parking on a suburb street. That’s when a resident came out and told us we would get a ticket if we parked there. Surely she was telling the truth.

2.Tim Kaine’s Immigration Speech in Spanish Is a First for the Senate – NYTimes.com

I think the more languages the better.

3. Out of India’s Trash Heaps, More Than a Shred of Dignity – NYTimes.com

This reminds of when a friend of mine pointed out that seagulls clean up human’s messes and we call them “scavengers.” Glad to see the people who help with the trash problem getting some remuneration and respect.

4. The Worst of Both Worlds – NYTimes.com

Hard to have a function democratic government when so many politicians are dedicated to stopping everything.

Glad to see that Linda Greenhouse persists in posting  her brilliant essays in retirement. She is an astute Supreme Court observer and analyst.