I have added two new poets to my morning reading.  I reach first for Charles Van Doren’s History of Knowledge and read one or two sections. I have arrived at his chapter on arts in the 20th century. 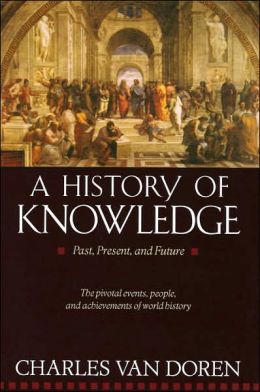 Then a poem by John Donne.

Next a bit out of the The Outlaw Bible of American Poetry. From there I have been moving to the two new guys: D. A. Powell and Eduardo C. Corral. I picked these guys off a list of poets online. Powell frustrates me because he keeps sending me to the OED. His unfamiliar (to me) words seem to be largely botanical. He has a good ear. Both he and Corral do.

“Among the soft cheat and meadow barley, a live oak begs relief
from the hardened light, the beating of its own gnarled limbs,
and the unrelenting rustle of its own beige blooms that tumble
together shyly like a locker room of boys once boisterous, now
called to roll and suddenly bashful, clasping at dingy towels.
Let the dead be modest. Give the tree, solitary being who feeds
on wind and the mote of another’s distant beauty, cause to brag.

from “Landscape with Sections of Aqueduct  by D. A. Powell in Useless Landscape: A Guide for Boys

“Cheat” refers to Cheat Grass which is not in the OED, but I found by Googling.

Here’s some more lines I liked:

“… down the street, a Taco Bell and KFC
merge as one fantastical beast with crispy wings.

We shall not all sleep, but we shall all be changed.”

from “Dying in the Development” by D. A. Powell in Useless Landscape: A Guide for Boys 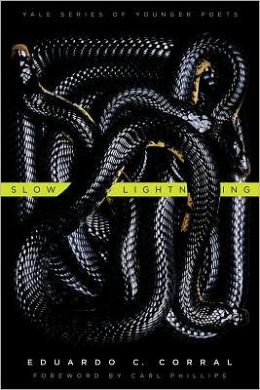 “Once a man offered me his heart like a glass of water. No once … Here’s a joke for you. Why do Mexicans make tamales at Christmas? So they have something to unwrap. A lover told me that. I stared into his eyes believing the brown surrounding his pupils were rings, like Saturn’s. I have to sit down to say this. Once a man offered me  his heart and I said no. Not because I didn’t love him. Not because he was a beast or white—I couldn’t love him. Do you understand? In bed while we slept, our bodies inches apart, the dark between our flesh a wick. It was burning down and he couldn’t feel it.”

from “Poem after Friedo Kahlo’s painting The Broken Column” from Slow Lightning by Eduardo C. Corral

Understanding the past as clearly as possible without weird nostalgia.

I sometime switch off NPR when the sobbing begins revealing someone’s sadness. Listening feels like voyeurism and I am simultaneously shamed and angered. Same thing for stuff on TV when the camera and mic are stuck in a suffering person’s face. This usually makes me more angry. This linked article is about the requirements of hardship in order to get certain kinds of celebrity, emphasis on political celebrity.

3.Get a Life? No Thanks. Just Pass the Remote. – NYTimes.com

I think it’s a false dichotomy to pit TV against reading. But it makes for entertaining prose.

4. Disease and the Public Eye – NYTimes.com

The sad truth that diseases get attention when connected with celebrities. The author of this article suffers from dystonia.

“Dystonia is quite rare but, by some estimates, there are more people who have it than have Huntington’s disease, A.L.S. and muscular dystrophy combined.”