I have two different discussions in mind this morning. The first is the one taking place around the University of Chicago’s letter to incoming students which stated “we do not support so-called ‘trigger warnings.’ we do not cancel invited speakers because their topics might prove controversial, and we do not condone the creation of intellectual ‘safe spaces’ where individuals can retreat from ideas and perspectives at odds with their own.” I listened to this week’s On The Media broadcast this morning.  It changed my mind on this issue. Originally I felt that “trigger warnings” were representative of how ideas can be censored  and connected them in my mind to situations where speakers are shouted down or canceled due to their ideas. After listening to this broadcast I realize that I agree with all of the sides of the argument presented.

First, as a student, Cameron Okeke makes some clear arguments that ‘safe spaces’ in his case were situations where he didn’t have to constantly field questions from the majority white students about his own experience as a black person. He makes it clear that the place where he felt safe, the Office of Multicultural Affairs, was not a place to hide from ideas and perspectives at odds with his own. Rather, he “needed a space where” he as “a biology major, was not expected to give free race theory classes.” In addition, he said in the ‘safe place’ his ideas were challenged just not his personhood. This makes sense to me. Here’s a link to his article on Vox.

Then Kate Manne was interviewed.

She is a teacher who uses and defends ‘trigger warnings.’ She made good sense to me and differentiated between the intellectual authority of the teacher and the moral authority accorded to all people in the classroom. This is something I will think about for a while. I recommend listening to her portion of the program. Here’s a link to an article she wrote in 2015 about trigger warnings for the NYT.

Finally Geoffrey Stone pointed out that the letter was only written by the dean of students and was not a policy presentation. 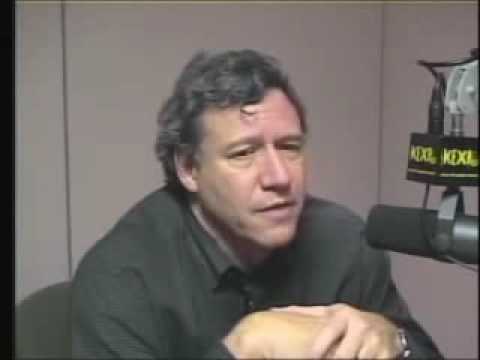 He sees the shutting down of conversation as a threat to free speech. This is a concern of mine as well. I think he has a point. I would link in one of his article but they are all behind academic firewalls.

Speaking of which, the other thing on my mind is also an article behind a firewall on the Interweb. It’s in the new AGO mag and is entitled “No Team in I.” In it, Leonardo Ciampa talks about improvising and stage fright.

In brief, he points out that music has not been a singular field “since before the French revolution.” Now it’s divided into multiple areas like classical, pop, rock and jazz. On his website, Ciampa says that he does not use the expression “classical music.” Consciously or unconsciously he echos the great Duke Ellington, he says there that the only question that matters is “is the music good?”

In the AGO article, he says that Bach was a “musician” and that music to Bach was a
field “just as ‘plumbing’ is a field today. There is no such thing as a ‘classical plumber’ or a ‘popular’ plumber.” I like that. And I agree with it. He makes several points about how this has stifled improvisation in educated musicians (but not all organists). But what fascinated me was his aside about the creation of the concept of “recital” and how it contributed to stage fright. He credits Liszt with inventing the term and concept of “recital.” Liszt was the first musician to give an entire concert alone. When he called it a “recital,” people wondered how one could ‘recite’ at the piano.

Ciampa points out that many young people play sports, usually team sports, without much stage fright. These same young people are often terrified of performing on a musical instrument. Ciampa attributes some of this to the idea of team performance versus the lonely recitalists. I think he’s on to something. I wish I could link you in to the entire article. As it is you will have to get access to the September issue of the The American Organist to read the article. it’s only two pages but it’s got me thinking.