I finished the first section of Finnegans Wake this morning (Book I). This is cause for celebration. I have recently also read Book IV. This means I only have two major sections left in the book.

Since I have finished The Evangelical Conversion Narrative by Hindmarsh, I decided to dip into Burgess’s book on Joyce: Here Comes Everybody: An Introduction to James Joyce for the Ordinary Reader. “The ordinary reader,” that would definitely be me. I’m approaching Burgess’s book on Joyce with renewed appreciation since learning that all of Joyce’s work is one large inter related opus. This is the way Burgess approaches him. And while Joyce is probably bigger and more interesting than any of his explicators, it definitely helps this ordinary reader to consult them.

So Burgess sent me to the dictionary (as he and Joyce often do) this morning.

He used the word “phatic” attributing it to its coiner, Bronislaw Malinowski. 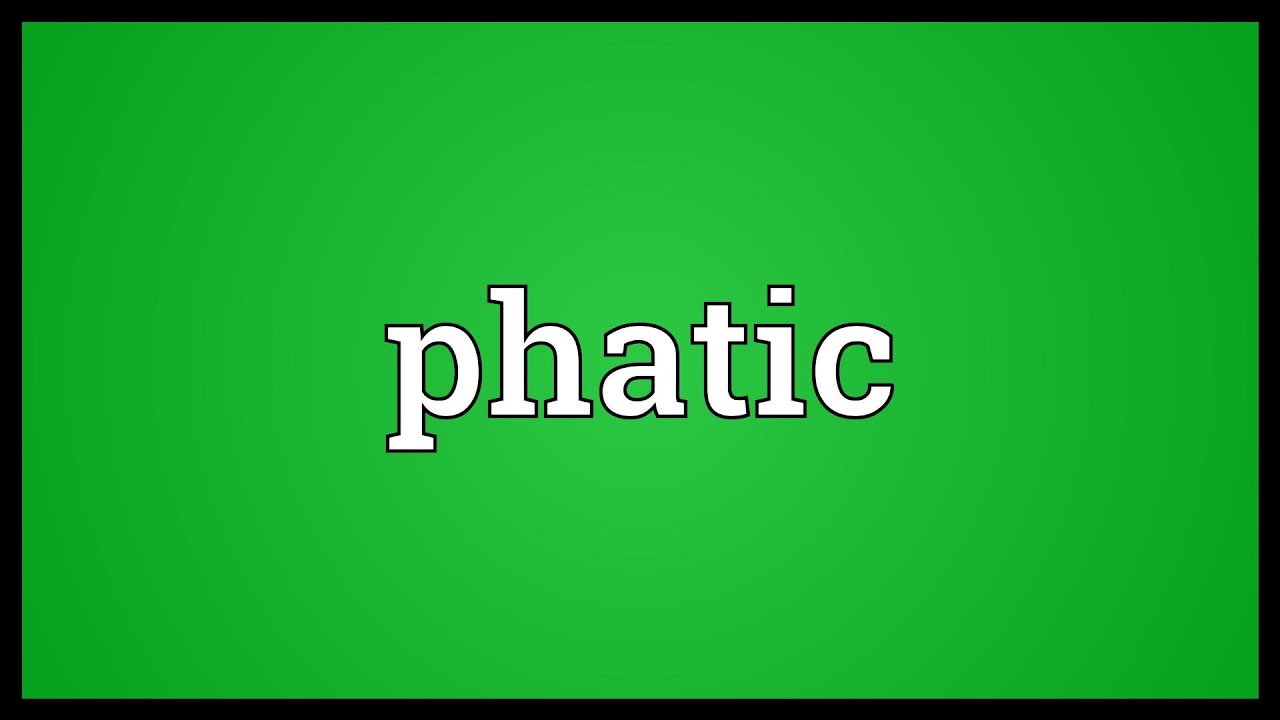 Joyce’s books are about human society, and most social speech is ‘phatic’ to use Malinowski’s useful term. It concerns itself less with conveying information, intention or need than with establishing or maintaining contact—mere comfortable noises in the dark. Irish town speech is the most phatic of the entire English-speaking world: it is all color, rhythm and gesture. It is the very voice of charming apathy and shiftlessness, a deadly Siren trap for the author who is concerned with strong plot and dramatic action, for the creation of Irish characters within the structure of a plot must either lead to the destruction of the plot or the falsifying of those who enact it.” Burgess, p. 46

Burgess defines the word above, but I went to the OED and sure enough it attributed the coinage to Malinowski. I doubled checked the meme below in the OED and the quote is accurate.

What’s interesting  is that it’s from the book, The Meaning of Meaning: A Study of the Influence of Language upon Thought and of the Science of Symbolism which was co-authored by  C. K. Ogden and I. A. Richards in 1923. Malinowski wrote a supplementary essay to it in which presumably he coined the term.

I definitely want to check this book out. Isn’t it cool that a word used by Burgess about Joyce led me to a new book? I like that.

The American Idea and Today’s G.O.P. – The New York Times

David Brooks makes some good points about the GOP.

Paul Krugman argues that since business is only interested in its own bottom line we need to regulate them.

The secret power is choosing which cases to hear. This author calls for disclosure of how they vote on this (it’s secret now).

A museum for tort law. It actually sounds interesting.

For some weird reason I posted today’s music on Facebooger. Might as well do the same thing here.

Prelude: Chorale and Variations I – IV from “Chorale Partita in an Old Style on ‘Wer nur den lieben Gott lässt walten’ (If thou but trust in God to guide thee)” by William Albright

Sequence: Is There Anybody Here Who Loves My Jesus?

Communion: Jesus, name above all names by Naida Hearn
Circle the table by Mary Nelson Keithahn and John D. Horman

Postlude: Variation V from “Chorale Partita in an Old Style on ‘Wer nur den lieben Gott lässt walten’ (If thou but trust in God to guide thee) ” by William Albright

Music Notes Today’s opening hymn, “Before thy throne, O God, we kneel” (The Hymnal 1982 no. 574) is described by the Hymnal Companion as a “series of petitions” in which “the depth of human sinfulness is probed with vivid clarity.” In the third stanza we ask for forgiveness for catching “the simple unaware.” This could be the kind of stumbling block Jesus had in mind in today’s gospel when he says “If any of you put a stumbling block before one of these little ones who believe in me, it would be better for you if a great millstone were hung around your neck and you were thrown into the sea.” Our sequence hymn, “Is there anybody here,who loves my Jesus?” is taken from the Episcopal African American Hymnal, Lift Every Voice and Sing II. It can put us in mind of the conversation at the beginning of today’s gospel in which the disciples wonder about others who are preaching in Christ’s name. Jesus expands their notions of discipleship to include anyone who is not “against us.” Both of today’s communion hymns are taken from the Episcopal resource, Voices Found. Today’s organ music is by the composer, William Albright (1944-1998). He had this to say about it “This set of variations, composed at the age of 18, was intended to be as much an homage to the beauties of the chorale tune employed as a tribute to the Baroque composers whose style I attempted to emulate. It is perhaps appropriate that it should be published at a time [1971] when more and more composers are rejecting the necessity of a ‘linear’ progression of musical language. As George Rochberg states, ‘It no longer matters what “style” a work is+ (or was) composed in so long as it is music.’”